In 2012, Founder Briana Sherrer moved from Minnesota to Texas. She had volunteered for a rescue organization in Minnesota and wanted to continue fostering pets in her new home. That’s when she discovered of the severe overpopulation of unwanted animals in Texas shelters.

Minnesota and other states in the U.S. don’t battle the same issues as Texas with overpopulation and euthanasia rates at shelters. Briana joined forces with other amazing animal-loving friends in Texas, and put together a plan to help dogs and cats escape their untimely deaths in shelters by securing their placement in Minnesota or Wisconsin with one of our foster-based rescue partners.
​
With Briana’s rescue contacts in Minnesota, we focused primarily on transporting code red or medical need pets to Minnesota and Wisconsin with many of them being adopted prior to arriving to their rescue.
Passport For Paws began by helping a few dogs per month get out from Texas shelters, and now, the rescue is transporting an average of 80 animals monthly to Minnesota and Wisconsin. The organization’s network of fosters and transporters are completely volunteer-based and vital to Passport for Paw’s growth and success. Every animal has their own, unique story and holds a special place in our heart.

How We Are Different

Local Texas rescues can’t keep up with the animal demand. Passport for Paws alleviates the burden by fostering and transporting animals to rescues throughout the US. In most cases, our animals are adopted prior to arriving onsite.
​
Unlike other non-profit rescues that operate on adoption fees, Passport for Paws solely operates on donations. We rely on the support of the community and our business partners to save animals.
Passport for Paws Video

Featured Volunteer of the Month

Our January Volunteer of the Month is Alex Jones! She is a new foster with P4P who specializes in medical cases, especially puppies. Her first foster was Lucky, who sadly did not make it and succumbed to his injuries. She dropped everything on Christmas Eve to take Lucky to the ER vet for his injuries as well as multiple vet visits throughout the two weeks she had him. Without fosters like Alex, we wouldn't be able to say yes to medical cases like Lucky, who needed special TLC. At the end of Lucky's life, Alex was right there with him until the end. He passed away peacefully knowing he was surrounded by someone who loved him. Thank you, Alex, for joining P4P! 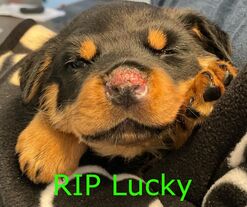 Featured Foster of the Month

Our January Foster of the Month is Tinsel! Tinsel and her sister Winter were dumped in the country in November. Winter was able to be caught by a foster of ours and went straight into a foster home and is now in WI!

Tinsel, however, ran away when trying to be caught. She was attached by a large animal (most likely coyote) in her neck and forehead. Her injuries were so bad that a foster of ours saw her on the side of the road in need of medical attention. She was quickly rushed to a vet. She needed to be shaved to get to her wounds as she was covered in debris and blood. Her puncture wounds in her neck made it to where she couldn't turn her head for almost a month. She has been in a foster home for over a month now recovering and learning to trust humans again.  This sweet girl has gone through so much and she is only FIVE months old! She will be heading to WI in a few weeks to her fur-ever home! 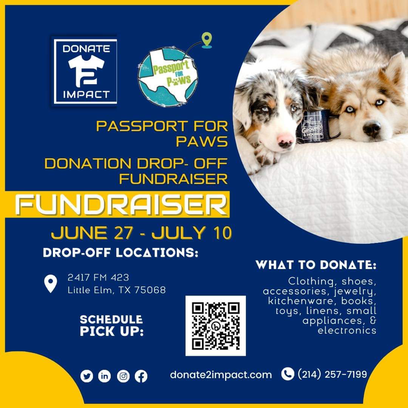 Being that he's an arthritic, senior fellow, Bernie is very familiar with aches and pains. But he was unprepared for the blinding, crackling agony that comes with not only being physically torn into but being shot as well.

This boy was not a stray. He had a home and a human that he loved for all eight years of his life. He lived outside, like so many country dogs, but had a safe place to call his own and consistent food to eat. But Bernie was only so safe. His owner was an elderly man who could barely fend for himself, let alone Bernie. And as a result, Bernie wasn't medically cared for like he should have been. He was overweight, missing all but a few teeth, and was very arthritic. The night of the attack, Bernie was outside as usual. He probably was out roaming. No one knows for sure what even happened, but based on the mangled nature of his wounds, it appears he was attacked by another animal(s). Whatever got him, ripped parts of his skin clear off. What's worse though is that Bernie was also found with bullet wounds, meaning he had been shot as well.

Rescuers don't know how long he was out there suffering, but Bernie somehow crawled home to the man he loved, his back bleeding profusely, his body riddled with holes, and infection coursing through his veins. His owner was too poor to help and decided to surrender poor Bernie to a shelter, where he was likely to die without care. His condition was so critical, however, that the shelter took him straight to the vet. Normally, in these cases, the injured animal is euthanized. But we must applaud the shelter staff, who were determined NOT to give up on him. They got his story out quickly, desperately hoping a rescue would immediately respond so emergency treatment could begin to save him, and thankfully, Passport For Paws answered the call.

His old body was consumed by infection, and cleaning his wounds was agonizing, but Bernie was sweet through it all. He was so grateful for the care he was being given. Pain meds, fluids, and antibiotics were pumped into his body daily. He needed round of clock care but thankfully, after a time, started to respond very well to his medications. He was just released to an amazing medical foster after over a week in the hospital and $4,000 in medical bills. Fortunately, his foster will be able to continue his treatment at home but regardless, Bernie has a long road to recovery. We ask that you please keep Bernie in your thoughts and consider making a small donation towards his ongoing care today. Together, we can change his life for the better!
Help Bernie

Fosters of the Year

Our 2021 Fosters of the Year are Bob Smith and Steve Dektor! Without the generosity and selflessness of these two men, we wouldn't be able to transport animals to our rescue partners in MN/WI! Steve also helps our shelter partner in AR by driving our transport van from TX to AR then back to TX to their fosters! And not only do they take time out of their busy schedule to drive our transport van, they also foster!  Bob gravitates towards our puppies in need and Steve gravitates to our adults. Together they've saved over 20 dogs in 2021 alone! Thank you, Bob and Steve for your dedication to saving TX animals!